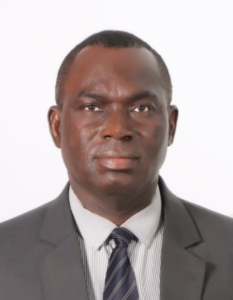 Aza Emmanuel has strong managerial and leadership skills; he demonstrates flexibility and graphical analytical skills in marketing projects and complex human resources; he also has proven record of building and managing teams and creating an enabling environment, including the ability to effectively lead, supervise, mentor, develop and evaluate. He has the ability to identify key strategic issues and deliver on expected outcomes. He has travelled extensively to over 22 countries, marketing Nigeria as a preferred investment destination in emerging markets, and has packaged successful projects and FDI inflow from USA, UK, Germany, Malaysia, Argentina, Brazil, Canada, Greece, China, and recently the UAE.

Emmanuel M. Aza retired meritoriously as a Senior Public Servant at NIPC, and is Chief Executive Officer (CEO) Ariane Concept Consul Ltd (IT Technologies); He is a Cyber Security Expert and a Powerful Social and Public Mobiliser 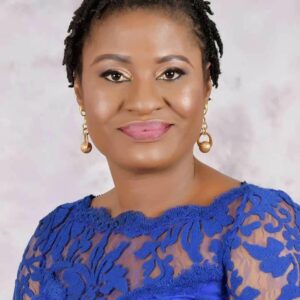 She holds a Master of Arts Degree in Mass Communications, a Banker by profession, a Humanitarian and a Care Giver by calling. Kawan Aondofa-Anjira is married to Mr. Aondofa Abraham Anjira, they are blessed with four, children, two boys and two girls.

She is a lover of the less privilege, Advocate of children with special needs and a care giver .She has devoted her life to service to humanity. She served as a volunteer Nanny during her youth service as part of her community development service (CDS) at Abuja Children’s Home Karu (an Orphanage).

Kawan Aondofa-Anjira is the Initiator and President of the Sedoo Initiative for Children with Special Needs (SECHILD) a non-governmental charity organization, (a Voice) for advocacy, residence care, physio/occupational, counseling services and comprehensive professional information resources on Cerebral Palsy. 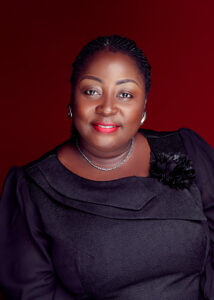 LILIAN MRUMUN AMENGER, ESQ, (LL.B BL) hails from Gaav in Konshisha LGA Benue State. She was born in Lagos Nigeria, did part of her elementary school at Kusaki Nur/Pri. Sch. Gboko, Holy Ghost Pri Sch. and finished at Air Force Nur/ Pri. Sch. Makurdi. She attended William Michael's Bristol Secondary Gboko, Uavande Girls Secondary Sch. Uavande and finished at Federal Government Girls College Gboko. In pursuit for higher education she proceeded to the Benue State Polytechnic obtained a Diploma in Law, not satisfied with this, she took a step back did an IJMB in the school of Basic Studies North Bank Makurdi. This qualified her to proceeded to the BENUE STATE UNIVERSITY where she bagged a degree in Law. She then went on to the Nigerian Law Sch. After which she was called to the Nigeria Bar by the Council of Legal Profession having been found fit and proper becoming a BARRISTER AND SOLICITOR OF THE SUPREME COURT OF NIGERIA about 18 YEARS AGO. She went into private Legal in the Law firm of Usman Dankofa & Co. in Angwan Rimi Kaduna, later she moved to Ucheaga & Co. at Asokoro Abuja and then Municipal Solicitors in the CBD Abuja. She left private practice for Government employment and started working first with the Federal Character Commission and then got a fresh appointment with the Federal High Court as a Registrar and is currently a Principal Registrar. She is a peace loving and noble lady. 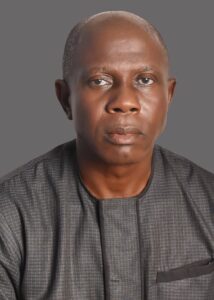 Donald Andoor attended Tofi Memorial Grammar school, Gboko and graduated in 1982. After a brief spell, he went to Nigeria Institute of journalism, where he obtained an ND in mass comunicatio, in 1990. He later obtained a BA (English), University of Abuja (2006).

With over 30 years background in journalism, he started his career with the The Reporter Newspapers in Kaduna in 1991. In 1994, he was appointed Editorial Co-ordinator of The Cross News, the Kaduna Catholic Archdiocesan Newspaper. He later switched over to Thisday Newspapers as a pioneer staff in 1995 as a junior repoter and rose to the position of Regional Editor, South South and Kano Bureau respectively before he voluntarily resigned in 2008. He is presently the CEO of Kuha Communications Ltd., a media and PR consulting outfit. 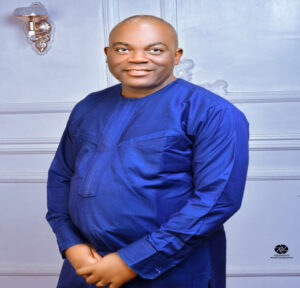 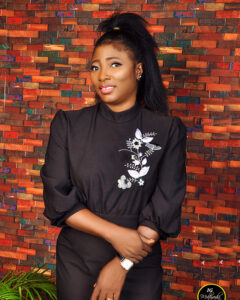 Mrs Roseline Terzulum was born 19th, May 1983 from the family of Mr/mrs Dennis Amokaha from Katsina-Ala local government of Benue state. she is the first child and has three other siblings.

Educational background: Working Experience: Roseline Terzulum joined the Nigeria Immigration Service since 2009 as an Asistant Inspector and has rised to an Assistant Supredendant of Immigration(ASI)and has attended numerous courses. She is happily married with children. Hobbies: likes music and travelling. 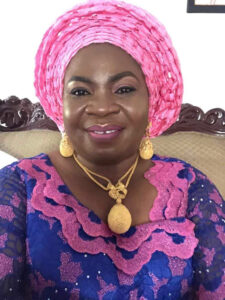 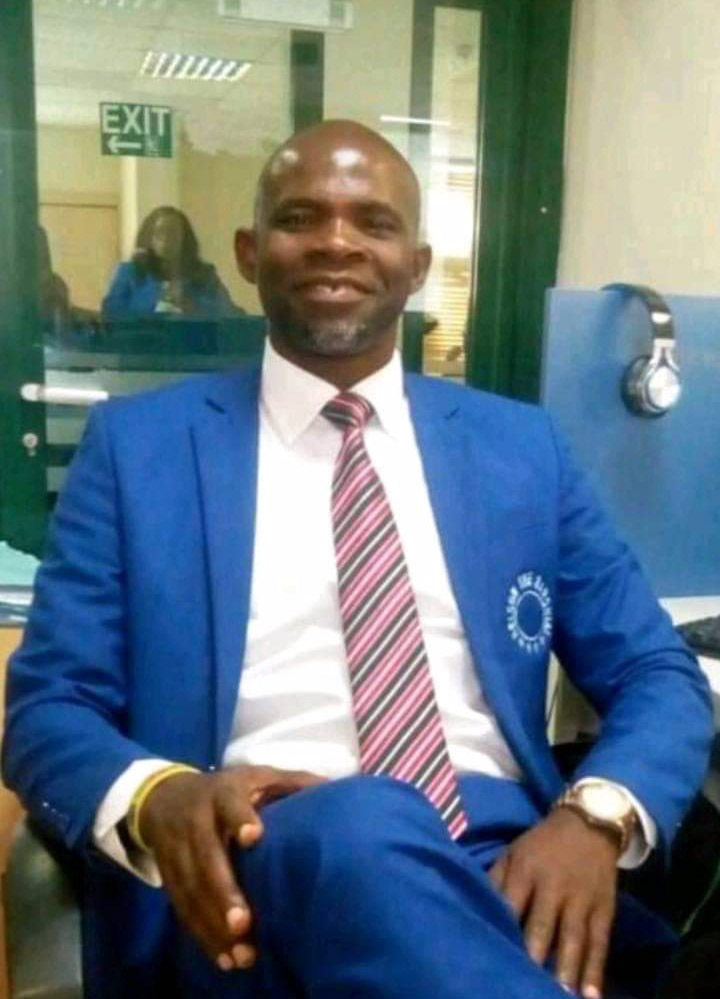 He had his education at his earliest age and convinience from various institutions and prestigious institution of learning, making him a social scientist, political Analyst and a season administrator. Have a first degree and Master degree in public administration. He is the president and the founder of a popular youth NGO in Nigeria- HOPE BRISK FOR YOUTH INITIATIVE. He a senior staff of Corporate Affairs Commission ABUJA. He is ambassador of Forensic security network in Africa.Member of IPMS Nigeria. Married with children ( spouse name --- JESSICA TORKWASE YAJI) 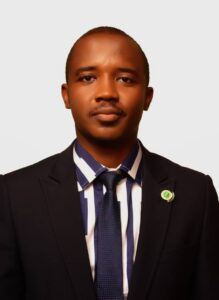 Tpl Mbaukaan Eric Iormba,MNITP was born on 17th July, 1980 in Katsina-Ala L. G. A of Benue state. He attended NKST Primary school Katsina-Ala from 1984-1990 and proceeded to Government Comprehensive Secondary School Amaafu where he undertook his secondary education from 1991 to 1996. He proceeded to Federal University of Technology Yola, where he obtained his first degree in B.Tech(Hons.) URP in 2005 and later obtained his Master Degree, M.Tech. URP (Poverty Study and Urban Governance) in 2018 from Federal University of Technology Minna. After his service year in 2006, Tpl Mbaukaan Eric joined the private sector where he practiced his Town Planning career. He worked with Joternam Limited as a project coordinator in 2007, and was in-charge of telecommunications projects for MTN, Etisalat (9Mobile) and Huawei Technologies Limited.

He was responsible for the supervision and coordination of National Roll out plans for Site Acquisition, Site built and development permits for deployment of Base Transceiver Stations (BTS); initiation and coordination of preliminary survey for Right of Way (ROW) and submission of requests for permits on same on State roads from the 36 States, FCT and the Federal highways.

He coordinated acquisition of development permits for Transmission Fast Forward (TFF) for deployment of Optic Fibre Cable (FOC) by MTN Nigeria and many others.

As a result of his meritorious service and excellent display of professionalism at Joternam Limited, the company appointed him the Managing Director(MD) in 2009 where he served till date. He is the MD/CEO of IM Space Concepts Limited and Memshec Limited.

The Optometrist and Dispensing Opticians Registration Board of Nigeria (ODORBN) is the body statutorily empowered by an Act of Parliament (cap 09 Laws of the Federation of Nigeria 2004, formerly known as Decree No. 34 of December, 1989) to regulate the practice of the professions of Optometry and dispensing Opticianry In Nigeria.

About Us
Our Activities
Meet Our Registrar
Departments
Our Units